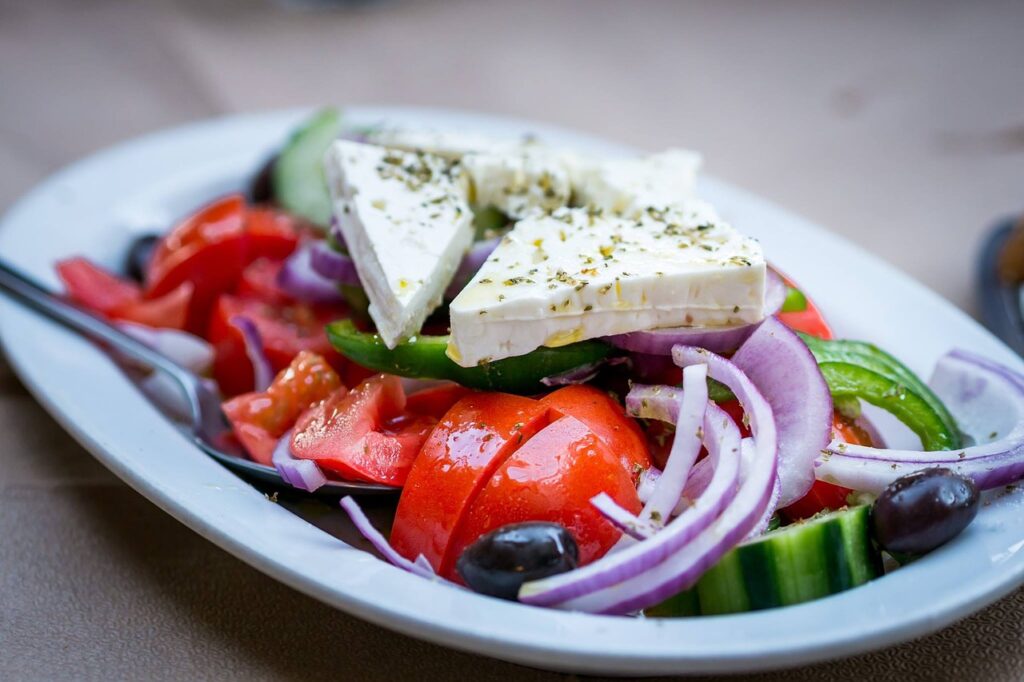 Simplicity, seasonality, frugality and flavorful results are the hallmarks of Greek food that’s as healthy as it is delicious.

Roughly two decades ago, the Mediterranean diet, and the Crete variant of it, were the stuff of headlines all over the United States. Years of research proves that people who follow a diet regime that’s based on vegetables, olive oil, grains, herbs and spices are healthier and have a longer lifespan compared to the meat-lovers, fast-food addicts and those who depend on processed food life support. Every time science journals publishes an article about longevity it was always the Greeks who are included in their top 10 list, while magazines talk about how they use the extra virgin olive oil to season their food, which is considered the country’s green gold.

The Oldways Preservation and Exchange Trust of Boston once held a conference to commemorate the 50th anniversary of the discovery of the Mediterranean diet that lasted for a week back in 1997. It was the Rockefeller Foundation that funded the study and researchers found that the people of Crete in particular, lived longer lives despite the scarcity that the war had brought when compared to the average pampered Americans who mostly eat red meat (beef steak), fries and butter. The Trust proposed that the standard US Department of Agriculture’s food pyramid be replaced with the Mediterranean Diet Pyramid (or Greek food) as per the recommendation of noted Greek doctors and nutritionists like Dimitrios and Antonia Trichopoulos.

However, this did not fare well with the meat and dairy industries as they claim that the recommendation was unfair and one-sided.

Greece has a rich history spanning at least 5,000 years all the way back to before the Common Era. Hundreds of maritime stories about Greek exploits in ancient times are well-known all over the world, including the Iliad and Odyssey (scholars now contend that some of the elements in these stories might be historical fact). Equally impressive are its finest ingredients in the world that made the country one of the world’s nutrition resource of information. Sample the best Greek food in a traditional Greek dish along with a glass of ouzo. Greece is mostly known for being a family holiday center where its beautiful blue waters and child-friendly beaches are often the main attraction. But it also has one more ace up its sleeves because of the health-giving Greek food or otherwise known as the Mediterranean diet.

Here are 10 of the best traditional Greek recipes that you should try:

1.) Taramasalata
Taramasalata (or fish roe dip) is highly regarded as one of the classic Greek dips like the fava (creamy split pea purée), melitzanosalata (aubergine), and tzatziki (yogurt, cucumber and garlic). But the taramasalata excels when it comes to pleasing your taste buds, especially when paired with bread or potato and drizzled with extra virgin olive oil or a squeeze of lemon.

2.) Olives and Olive Oil
It is said that the Greek goddess Athena once gave the City of Athens an olive tree, which made her the patron god of that city. Ever since she won the favour of the Athenians, they have been cultivating olives for thousands of years and perhaps there is some truth of the legends, because olives and olive oil have some kind of divine benefits – a blessing from the gods if you will. Greek food is often accompanied by olives, some are cured in salt brine, others like those wrinkly throubes are eaten uncured plucked right from the tree. Greeks use olive oil in almost all of their dishes as freely as Asians use salt in theirs.

3.) Dolmades
It’s hard to pin down the original dolma because nearly every household in Greece have their own variation of this dish. Dolmades is made with any of the popular vegetable ingredients in Greece which can either be the classic vine leaf parcel, or hollowed out vegetables such as tomatoes, peppers and courgettes, stuffed and baked in the oven. They usually use minced meat to put into the stuffing of the domades with long-grain rice. But with the vegetarian variant of this dish they use thyme, dill, fennel and oregano that would have rice flavor to keep the taste authentic. In some cases, they also use pine nuts.

4.) Moussaka
The moussaka has evolved over the millennia across various territories spanning the Mediterranean and the Balkans, but it’s the Greek oven-baked version that’s most famous of them all. The Greek moussaka is made out of layers of sautéed aubergine, minced lamb, fried puréed tomato, onion, garlic and spices like cinnamon and allspice, a bit of potato, then a final fluffy topping of béchamel sauce and cheese.

5.) Grilled Meat
Since grilling meat was invented in ancient Mesopotamia, it’s not hard to think that this cooking practice was passed onto the Mediterraneans – and the Greeks excel at it. They are masters of charcoal-grilled and spit-roasted meats. Diced pork that’s skewered together with chopped tomatoes and onions in pitta bread with lashings of tzatziki known as souvlaki has remained the favorite of the Greek folks. Like our gyro platter which is based on the Lebanese-style of cooking, the Greeks have their own unique gyro too! Sometimes they use lamb meat or young goat’s meat as an alternative. Some of the best Greek food is made from grilled meat.

6.) Fresh Fish
If you’ll ever visit Greece, then try to find a local seaside tavern (restaurant) and eat seafood like local folks do since ancient times. Grilled whole and drizzled with ladholemono (a lemon and oil dressing), you will find freshly caught fish from the Mediterranean and Aegean Seas very appealing to your taste! Meanwhile, the lightly fried smaller fish like the marida (whitebait) and barbouni (red mullet) are excellent for quick meals.

7.) Courgette Balls (kolokythokeftedes)
The kolokythokeftedes can be made into a patty or a lightly fried meat ball and is especially a favorite of the Greeks due to its flavorful and unique minty taste. This is definitely a must among Greek food if you’re going to sample a taste of them any time soon. Grated or puréed courgette blended with dill, mint, or other mysterious ingredients of spice combinations is what the fritter made of. It is usually paired with tzatziki to induce a cooling freshness that enhances its flavor.

8.) Octopus
If you’ve ever been to Greece and pass by one of their harbours, then you’ll see octopuses are hung out to dry like washing which is a common sight in Greece. Octopuses make a great appetizer when they are grilled or marinated, but they’re also great as a main course if you’ll stew them in wine. Seafood is an integral part of Greek food which is also nutrient rich.

9.) Feta & Cheeses
Greeks process their cheese differently from how Americans process them – simply put theirs is healthier compared to those in manufacturing plants. Feta cheese is vastly different than the American cheddar cheese and they keep their feta cheese in barrels of brine not in plastic tubs. The graviera is another example of Greek cheese that has a golden-white color and hard texture. You can eat it fresh or fried as saganaki. They sell the tyropita (cheese pie) which is very delicious, while at tavernas you can find the Cretan variation of Greek cheese salads like the dakos, which is topped with crumbled mizithra (a soft white cheese).

10.) Honey & Baklava
When it comes to sweets the Greeks are excellent at creating mouth-watering pastries that will absolutely satisfy your palate yet will not give you type 2 diabetes or any other adverse effects (unless, of course, you’re allergic to honey). The classic baklava is often made with olive oil, honey, filo and ground nuts which creates the flaky crust. The other variation called galatoboureko is a custard-filled pastry that will leave you musing what the ingredients of the baklava is and why it’s so delicious! Even their simplest sweet treats is still on par with the baklava where the baker just uses thyme and honey is mixed and drizzled over a fresh, thick Greek yogurt.

In order to experience the authentic Greek lifestyle or the Mediterranean diet lifestyle as they call it nowadays, you must spend a few weeks to a few months in Greek itself and enjoy Greek food and their culture. But I doubt everyone can afford a Greek escapade, so I recommend you take the Greek lifestyle to where you are and attempt to live in simplicity but lead a healthy life. You can start following the Mediterranean diet by trying out these excellent Greek dishes that we’ve listed above! 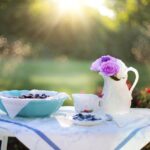 7 Healthy Breakfast Recipes Based on the Mediterranean Diet 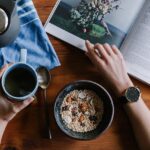 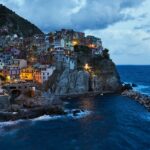 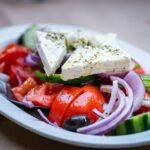 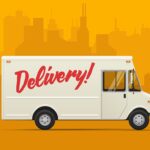