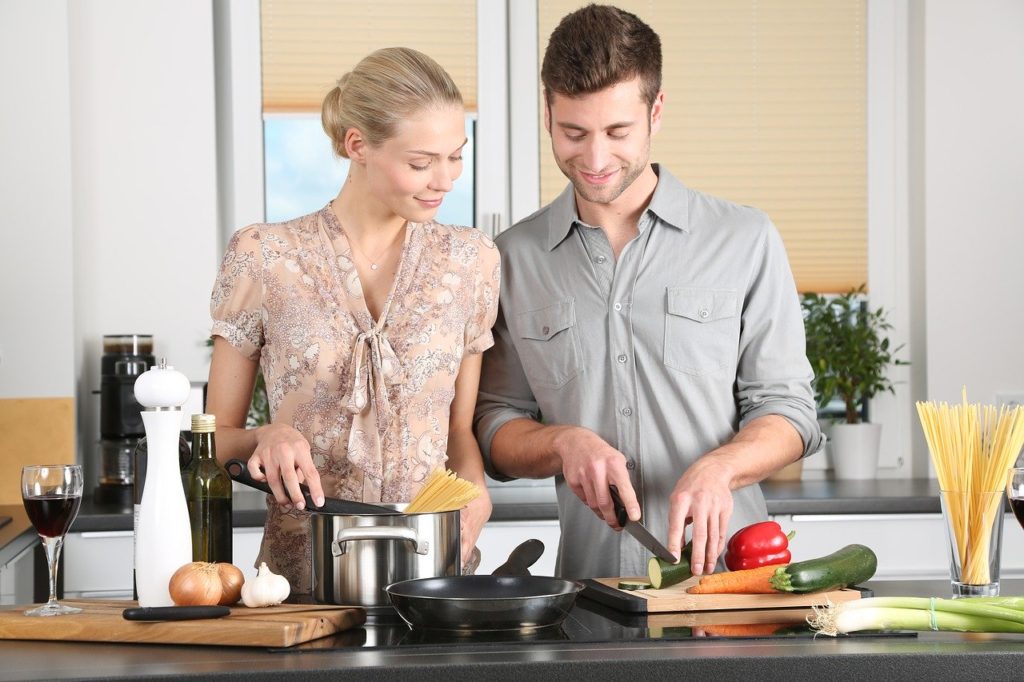 You may have heard about the MAYO Clinic Diet, Volumetrics Diet, Ornish Diet, WW (Weight Watchers) Diet and a few other kinds of diet programs, but rarely has it ever been when their benefits became news headlines. It may have been the case that you’ve tried or are still trying any one of these diet fads. However, the Mediterranean diet has been the stuff of legends even before historians and health experts started talking about it, but all that has changed recently when a new U.S. News & World Report in association with America’s Test Kitchen decided to make a survey on how people have benefited from it.

If you’ll do a simple Google search, then you’ll see that the Mediterranean diet almost always rank at the number 1 spot on most top 10 list of diet programs. The reason why this particular diet program is so successful is because it focuses on flexibility instead of counting calories or cutting certain foods. This essentially makes it a better and easier diet program to adhere to and mind you this diet plan was developed by ancient peoples living near the Mediterranean sea, so they don’t have peer-reviewed journals or advance technology to sort out the different nutrients that our body needs, yet they’ve made the most efficient diet program known to man.

The U.S. News & World Report also discovered that the Mediterranean diet holds the number 1 spot in 4 different categories including Easiest Diets to Follow, Best Diabetes Diets, Best Diets Overall, and Best Plant-Based Diets. As previously mentioned, the U.S. News & World Report together with America’s Test Kitchen asked over 230 people who recently or have been on the Mediterranean diet for a long time now structured questions to find out what positive things they’ve gained from it.

The following are the comments of the respondents:

The first thing we notice from all the answers given by the respondents is that almost 80% of all of them said that they’ve experienced a huge energy boost.

“I feel as though I have more energy and sleep better,” one respondent said.

More than 70% of the foods in the Mediterranean diet contain vitamin B-complex like whole grains, eggs and dairy products, and dark, leafy vegetables, which is responsible for increasing the body’s energy levels among other things, so it’s not surprising to hear this from them at all.

About 25% of the respondents said that since they feel like they have more energy to dish out, therefore they exercise more. Foods such as olive oil, seeds, grains, fish, chickpeas and other energy boosters will make those who ascribe to the Mediterranean diet want to become more physically active. The Journal of the American College of Nutrition recently published a study in 2019 that discovered the exercise performance of those who follow the Mediterranean diet dramatically improved almost immediately.

While the enthusiasm to cook more food cannot be quantified nor be considered as a resulting benefit of the Mediterranean diet, it can be said that it helps with the mental health of the people who follow this diet. It’s already hard enough to find happiness in a crowded and maddening world these days, so finding it in something even as mundane as the Mediterranean diet is very acceptable. According to another respondent of the survey, his enthusiasm for cooking foods and using healthy fats like EVOO (extra-virgin olive oil), marinated artichoke hearts, capers and various sorts of olives has gone to new heights. He also said that he’s deeply enjoying the depth of flavor and briny attributes that the herbs and spices bring to the dishes. Other respondents said that they like how hummus, pasta, couscous, quinoa, and tabbouleh tastes and so they love to cook it often.

When you’re following the Mediterranean diet, you are encouraged to eat less sugar, red meat and dairy products and to eat more fruits, vegetables and healthy fats. This can result to a healthier skin as some respondent puts it,

“My skin looks better. My clothes are getting looser, and my stomach is shrinking,” they said.

It seems that there’s no end to the health benefits that the Mediterranean diet can bestow upon its adherers. Hope you’re about to reach the point of conviction and soon follow this diet lifestyle also.

A 2019 article in the American Heart Association (AHA) revealed that the blood pressures in people who follow the Mediterranean diet were significantly improved! Because they eat fewer carbohydrates, sugars, unprocessed foods and other foods that cause fat built-up in the body, they maintain a healthy weight which helps them lose weight and lower their blood pressure.

The article also mentioned that although people have lost weight under other diet programs, those who follow the Mediterranean diet still showed more positive results when compared to the results of diets. As one respondent said,

“I began eating this way two years ago and one year ago I went off of blood pressure medicine!”